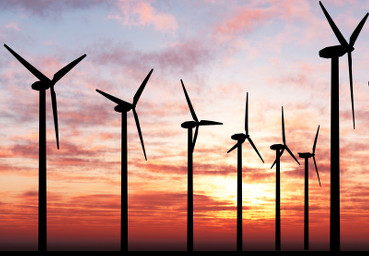 Communications, market models and control. Our focus is centered around the use of Distributed Energy Sources (DES) in electricity grids. This includes the joint optimization of control, communication algorithms and market rules (energy trading and pricing). Our study also encompasses network elements equipped with energy harvesting capabilities and the interaction of Smart Electricity Grids and Mobile Networks.

In future energy grids, an intelligent and coordinated use of distributed generators (DG) based on renewables holds the potential of boosting the grid efficiency, for example, in terms of reduction of power losses, reactive power compensation, load balancing and peak shaving, while also relieving electricity production plants from some of the power load. This requires the addition of communication and smart metering capabilities to the power grid, and their careful orchestration. Our present focus is on the design of a set of control and communication algorithms to optimally manage the micro grid in terms of electrical performance and energy trading policies. These will exploit the computational and communication capabilities offered by the smart gateways that will be installed within each structure. In particular, we note that optimal pricing procedures are needed to assure that the end users equipped with DGs are willing to contribute to the enhancement of the power grid’s performance. The joint investigation of pricing techniques combined with suitable communication and control aspects has not been subject to an in depth theoretical study yet, despite being of great importance for the successful design and the deployment of the foreseen distributed smart grid infrastructure. Our project is rather ambitious and challenging as it involves techniques from telecommunications, electrical engineering and control systems. Up to now, research has mostly been carried out in isolation within these fields, leading to control strategies that are efficient in terms of smart grid’s performance but either neglect important telecommunication details or are difficult to implement as they do not well suit current market models. Our proposal is instead to tackle the distributed optimization of smart grids through a synergistic approach, where market (pricing) models are jointly modeled and designed together with communication and control algorithms.

Accurate statistical characterizations of daily power demand for different types of buildings and users (as, for example, households, shops and factories) is key to the study of smart grids. In addition to the energy consumption, we are also concerned with modeling the hourly energy price from real grids. These traces are instrumental to identify suitable statistical predictive models for the energy market. These models are being used within co-simulation tools and as well as the input of mathematical optimization frameworks.

We are tackling the design of optimal pricing policies based on metering and communication capabilities. These policies guarantee that, at any given time, the network is driven through an efficient operating point in terms of revenue for the users and the grid operator (market efficiency), while also assuring that the power grid is efficiently operated (electrical efficiency). In detail, the optimization algorithm will determine optimal discount factors (on the prices proposed by the energy producers) that will govern the local energy market, with the objective of driving the electricity grid’s performance toward selected (and pluggable) optimization goals.

We are addressing the design distributed online algorithms to jointly drive the smart grid toward efficient working points in terms of power quality and market. This solution shall also account for an efficient use of the state of charge of the distributed storage devices so that they are, at any time, within their operating range.

In the last few years, we have been carrying out an intense research activity on smart micro grids. Scientific collaborations have been set up with the DEI groups of Control Systems and Power Electronics. Industrial partners have been contacted for the preparation of national and EU proposals. Joint papers, involving researchers from different disciplines have been published and others are currently under submission (see our publications page). This collaboration has been carried out within the DEI Smart Grid group, which has been established in 2009 by Dr. Michele Rossi and other professors at DEI. As part of this undertaking we have developed an experimental lab hosting a full-fledged micro grid (with tunable electrical topology, generation, communication and control elements).